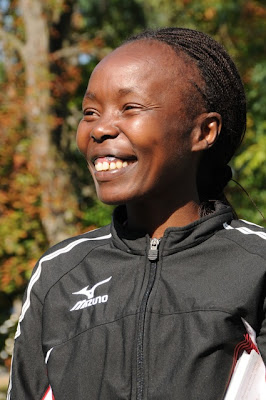 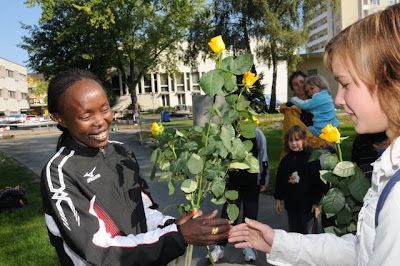 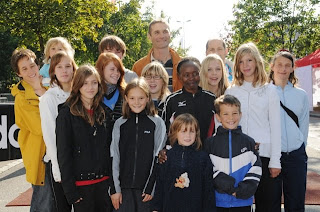 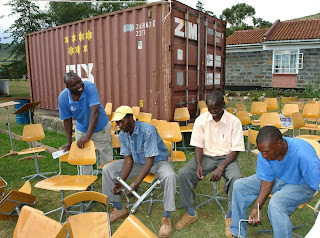 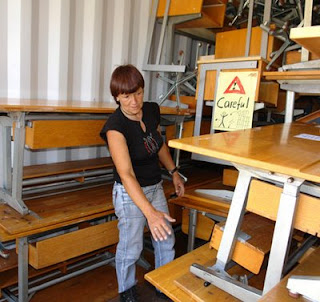 Report from the Rhein-Valley Hospital

rs. Yesterday was the moment to unload the many school supplies that were sent to us through the kidstokids organization in Switzerland. Our crew was amazed to see them. They have never seens such quality school chairs. First they thought they were all for our office. Then I explained them that they will be given to our Kenyan schools in the region. They checked out the chairs themselves and couldn't believe that the height could be manually changed. Tegla Loroupe who will get part of the equipment for her new Peace School in Kapenguria can only organize the transport to her place in 2 weeks, so we brought them to a tent to store them in the meantime. The rest stays in the container for he moment until we have made the plan how to distribute them to our schools in Thugunui.
Gepostet von Hutashan Heinz Heer unter 1:17 PM 1 comment: 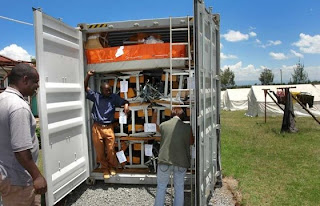 More than half a year ago kids-to-kids.com, member of the International humanitarian help organization “The Oneness-Heart Tears and Smiles” packed a container filled with school supplies donated by various organizations and schools in Switzerland as well as packages that were collected by children from Switzerland, Austria, the Czech Republic and Finland, for their little Kenyan brothers and sisters. It all started with a run at the Bodensee in , where “Kids to Kids.ch” inspired some school teachers to organize a run with the children and afterwards collect items for the packages. After a long journey and months of waiting in their partner in , Ruth Schäfer got the needed papers and permissions from the Government and the Custom Authorities and the container was recently brought to the in . Today the hospital crew will start unloading the school banks and chairs that will be given to Tegla Loroupe for her in Kapenguria. Marathon runner and Peace Run organizer Tegla came to Switerland several times to promote the cause of the needy people in . All the crew members are looking forward to this because it is a special day for them. Not every day do they get a container full of goods they normally only dream of. Get continuous news coverage of the events in on the daily updated blog Rhein-Valley Hospital News. See also the interview with Tegla Loroupe posted on August 31, on srichinmoy.tv.